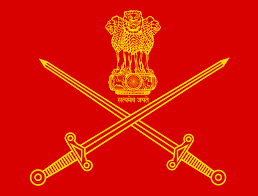 The Indian Army is the land-based branch and the largest component of the Indian Armed Forces. The President of India is the Supreme Commander of the Indian Army, and its professional head is the Chief of Army Staff, who is a four-star general. Source:Wikipedia